It was postponed due to the influence of the typhoon,
A lecture focused on “腎陽虚” of the Yamaguchi Prefecture Traditional Cruic medicine research group on Sunday, October 14 (Sunday)
Thanks to everyone,
Moreover, I will also be a lecturer at Yamaguchi Small Group ＫＡＭＰＯ Study Group（Yamaguchi Prefecture Hofu City） on November 6.

Introduction by voice. （Full text of this chapter） ↓

Recently I’ve been on a program about bags for fish floating on TV. 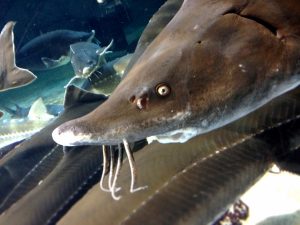 By the way, although it may be known in the field of oriental medicine,

I think that it is not well known in Japan and not famous.

It is released in Japan, but it is not well known.

It will appear in infertility consultation etc.

Well,
There is a tendency to be blamed on women, but it is a responsibility escape.

Men should also do their best.

Since I do not get much detailed information even searching the Internet, I decided to make a page.

Because there is not enough information sources in Japanese,
I will try to explain with reference to China’s Wikipedia called Baidu encyclopedia (because it is highly reliable).

When you translate a medical term into a translation function,
Many funny sentences come out.

I think that it is because there are many specialty terms,
But we still need improvement.

First of all, the name is GYOHYOU（魚鰾）.

Fusei, Kiguchi is not much to eat in Japan,
But it is a member of Suzuki.

Ishimochi which can be caught occasionally at sea is also Nibe family.
I can catch it in Yamaguchi Prefecture. 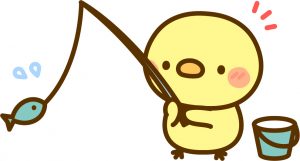 And when speaking of sturgeon,
Many people remember caviar.

It relates to liver and kidney in Kampo.

The taste is sweet, the character is flat.

The efficacy compensates the kidney and its Spirit（精）,
Nourishes the muscle, stops the blood, makes the blood flow smoother, and suppresses the swelling.（補腎益精・滋養筋脈・止血・散瘀・消腫）

The effect of supplementing the kidney and Spirit（精） in Kampo（補腎益精）,
So it is to supplement the source of life energy such as hormone system, bone metabolism as well as vitality.

The effect of nourishing the myotis is to make sure that nutrients and moisture spread through the streaks and blood vessels（滋養筋脈）.

Cramps may occur when this is done.

In addition,
You can take blood turbidity, stop bleeding, and eliminate swelling.

From this efficacy it can be used for the treatment of “weakness of the kidney”,
Semen leakage, postpartum convulsions, tetanus, bleeding, and massive bleeding from female genital organs, wound hemorrhage and hemorrhoid.

If you add an annotation,
“Weakness of the kidney, semen leakage（腎虚滑精）” means weak kidney weakness (fixed 固摂) to hold semen.

Postpartum convulsions are tremor, cramping, stiffness of the back, such as limbs after childbirth.

In severe cases,
There may be symptoms such as stiffness accompanied by symptoms of clenching teeth or “warping like a bow” on the back.

Because it is a Chinese quantity,
It would be better for the Japanese to be a small amount.

For pills, use boiled concentrate or powder.

By the way,
It can’t be used for people with symptoms such as indigestion, anorexia, bloating feeling of the stomach after meal, and much phlegm. 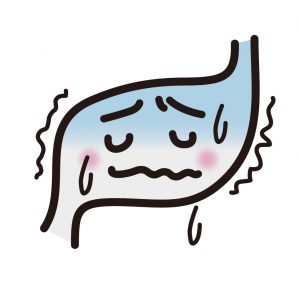 These kinds of constraints are often found in crude drugs of nutrient rich and difficult to digest.

It is not always good that nutrition is high.

Even so, from “a so so so serious problem”
I think that there are also people who really want to use this.

If it,
You can use combined method of Kampo that supplements intestine which has action to remove unnecessary moisture such as Rikkunsitou（六君子湯）.

If indigestion is strong
I think that it is also a powerful choice to use a herbal digestive medicine as represented by Sanzashi（山査子）.

For Kampo medicines that adds or increases “Spirit（精）” in Oriental medicine
Because there are Sikasya（紫河車）、Nikuzyuyou（肉蓯蓉）、Rokuzyou（鹿茸）、Rokkakukyou（鹿角膠）、Sayou（鎖陽）、Goukai（蛤蚧）、Rennshi（蓮子）、Kasyuu（何首烏）,
There is also a way to change direction to that according to constitution (proof 証).

In interesting one, sea cucumbers also have its efficacy. 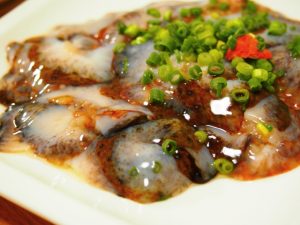 Returning the story and continuing to read Baidu encyclopedia,
“Kampo selection” comes out.

This is,
So it is also written that things you do not need to use in traditional Chinese medicine are also written,
So I simplify it.

For example,
It is written about the treatment of tetanus,
But in modern times,
If you inject a tetanus toxoid, the talk is over.

However,
I think that its usefulness against convulsions seizures after birth is high.

In modern medicine,
It is Puerperal eclampsia.

Eclampsia occurs in about 1% of pregnancy hypertensive syndrome. 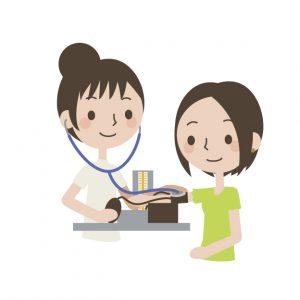 Among them,
The pregnancy eclampsia is about half,
The rest is the delivery of eclampsia and postpartum eclampsia.

It is said that 0.05% of the whole parturition occurs,
That is, about 1 in 2000 people in developed countries.

Repetitive attacks of eclampsia seem to cause cerebral edema and become lethal,
So I think that it is better to have more choices. 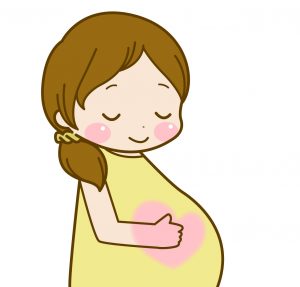 Moreover,
Immediately after an eclampsia attack, cramps attack is caused by a slight movement or light, causing a life-threatening situation with probability.

Therefore,
CT is not usually taken.
(Because risk is too high, it can’t …)

The drugs used are magnesium sulfate, phenytoin, diazepam,phenobarbital, etc. of anticonvulsants, antihypertensive drugs such as hydralazine and labetalol.

By the way,
In the case of chronic pregnancy hypertensive syndrome it becomes an antihypertensive medicine such as methyldopa.

It is not realistic to use GYOHYOU(魚鰾） in acute or seizures. After symptoms settled,
I would like to use GYOHYO （魚鰾）as a prevention medicine.

Because the kidneys store Spirit（精）,
When we exhaust renal energy due to excessive sexual intercourse, hand job etc., we get premature ejaculation in the early stage, and in the worst case it becomes ED.
(Erectile dysfunction) 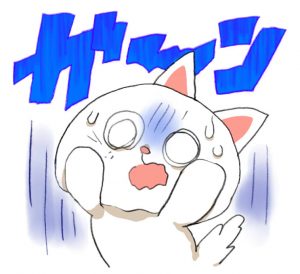 The characteristic of this kidney’s energy shortage type,
No power on waist or knee,Low back pain,Depilation,Tooth instability,There are symptoms such as.

I think that this type is particularly worth trying GYOHYO（魚鰾）. 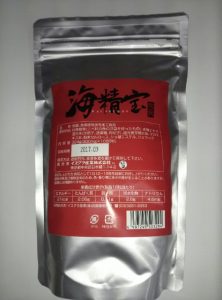 Because it is a health food, it is easy to buy because it is not written anywhere any in efficacy and effect.

Type that is prone to premature ejaculation is as follows.

Then,
“Type of moisture stagnation and inflammatory tendencies in the liver line（肝経湿熱）” is …
Irritating · concentrated urine · difficulty in urination · bitterness in the mouth · itchiness of the genital area · moss of the tongue is yellow（舌苔黄）.

“Weak type of both cardiac and gastrointestinal line（心脾両虚）” is …
There is no gloss on the face, exhaustion, thin· no appetite· stool is soft· palpitations· sweat so much· much dreams· memory disorder· tongue is pink（舌淡）.

“Heart and kidney substance shortage type（心腎陰虚）” is …
Night sweats · body temperature rises at a certain time every day · hot feeling in the palm and sole and chest（五心煩熱） · dry mouth · dizziness · fatigue of the waist · concentrated urine · tongue is red（舌紅）.

These are features of each.

And, “Weak type of both cardiac and gastrointestinal line（心脾両虚）” proceeds “Heart and kidney substance shortage type（心腎陰虚）”.

It is in a more serious condition,
It also usually has symptoms of “Weak type of both cardiac and gastrointestinal line”.

To add one more,
This “Heart and kidney substance shortage type（心腎陰虚）” as well as “Type of moisture stagnation and inflammatory tendencies in the liver line（肝経湿熱）” can cause dark yellow urine.

The person of “Heart and kidney substance shortage type（心腎陰虚）” is due to the fact that heat accumulates because water and blood which cool the body are reduced.

“Type of moisture stagnation and inflammatory tendencies in the liver line（肝経湿熱）” is caused by the accumulation of heat and moisture that is not needed.

Therefore, “Heart and kidney substance shortage type（心腎陰虚）” can be treated by supplementing what you need,
Those who have “Type of moisture stagnation and inflammatory tendencies in the liver line（肝経湿熱）” treat them by eliminating extra things. 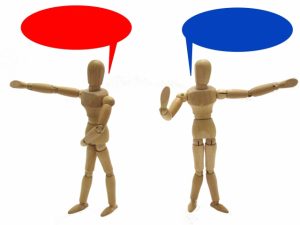 Please note that the direction will be reversed.

I add representative medicine,
“Kidney energy shortage type” is ROKKAKUSAN（鹿角散）,
“Type of moisture stagnation and inflammatory tendencies in the liver line（肝経湿熱）” is KAMISANSAIHUUZUITAN（加味三才封髄丹）.

However, please stop it as soon as it gets effective.

By the way, the constituent crude drug contained in KAMISANSAIHUUZUITAN（加味三才封髄丹）.

There are nine of

RYUUTAN（竜胆）, SANSISI（山梔子）, SAIKO（柴胡）
(I tried to write it according to the notation used as much as possible in Japan).

The character of Zui is slightly different between “髄” and “髓”.

History is long, so if there is not basic knowledge to some extent, Kampo often has something that you do not understand even if you read it.

So, please ask the experts for details. 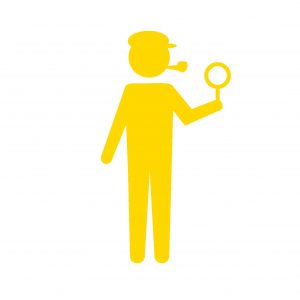 It is not possible with current Japanese law to “manufacture” this medicine itself and sell it.

It is possible to buy each herbal medicine and make it at home.

If you really want to use it,
It takes time and labor to make it,
It can be used. 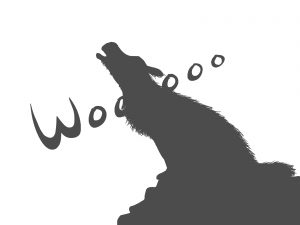 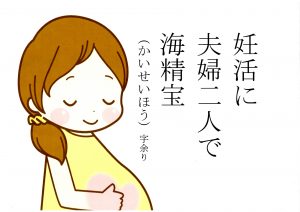